Should You Create a 360º Image of Your Product?

But should you actually use these images on your site? And what does it take to create a 360º image? At a high level:

Read on for the details, as well as insight into a product imagery alternative for situations where 360s don’t fit.

69 percent of customers have abandoned a product in their cart because of a lack of information or product details.

That study also found that 69 percent of customers have abandoned a product in their cart because of a lack of information or product details. In other words, shoppers need a lot of information before clicking “buy.”

Product visuals are one of the most effective and efficient ways of providing that information. 360º images are particularly effective because they can show your product from every angle, including the top and bottom (when you create a 360º image on multiple planes or use software to generate fully rotatable images).

It’s important to note, though, that 360º images don’t offer any context for your product. For this, you’ll need to include lifestyle images, which let you establish scale and create a narrative around how, when, where, and why customers should use your products.

Wondering if you should do 360º images? Here's your cheat sheet: 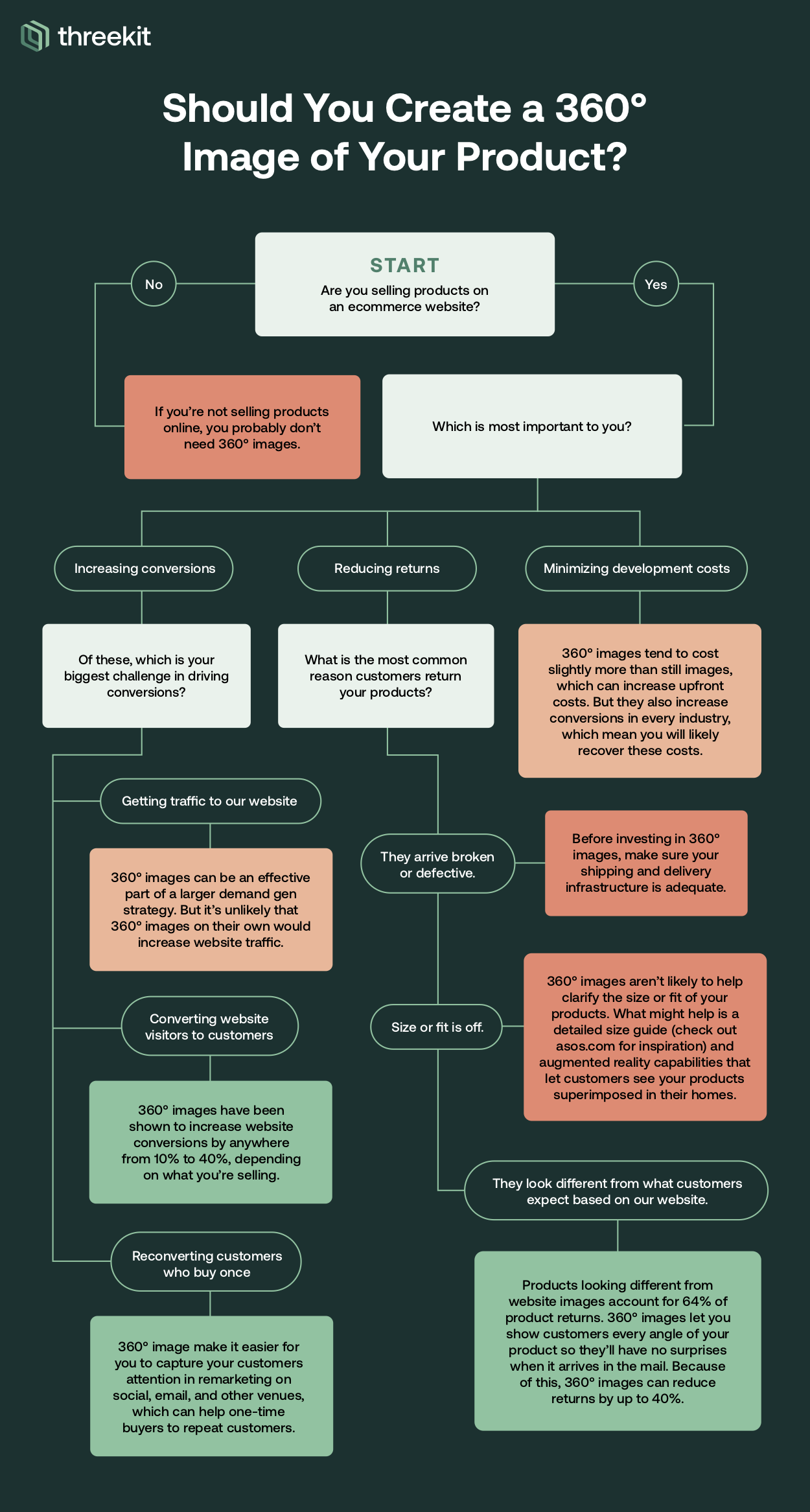 On DueMaternity.com, rotating images yielded conversions that were 27 percent higher than what still images offered.

If shoppers can customize the color, pattern, or design of your products, it’s not realistic for you to create pre-rendered 360º images for every possible iteration – even with just three configurable elements and five choices per element, you’d be looking at 15 rotating images per product.

For these scenarios, interactive 3D is a better alternative. Because it renders in real time, interactive 3D can generate a visual representation of the exact product a shopper creates, which can help reduce returns.

Let’s look at a few use cases where 360º images help a product listing stand out and what ecommerce retailers can learn from them.

HomeDepot.com features no fewer than 12 visual assets for the DeWalt 20-Volt cordless drill, including four lifestyle photos, two videos, and a 360º image. Having the 360º image among the visual assets works well in part because this drill is in a crowded space – there are dozens of alternatives in the cordless drill category on HomeDepot alone. 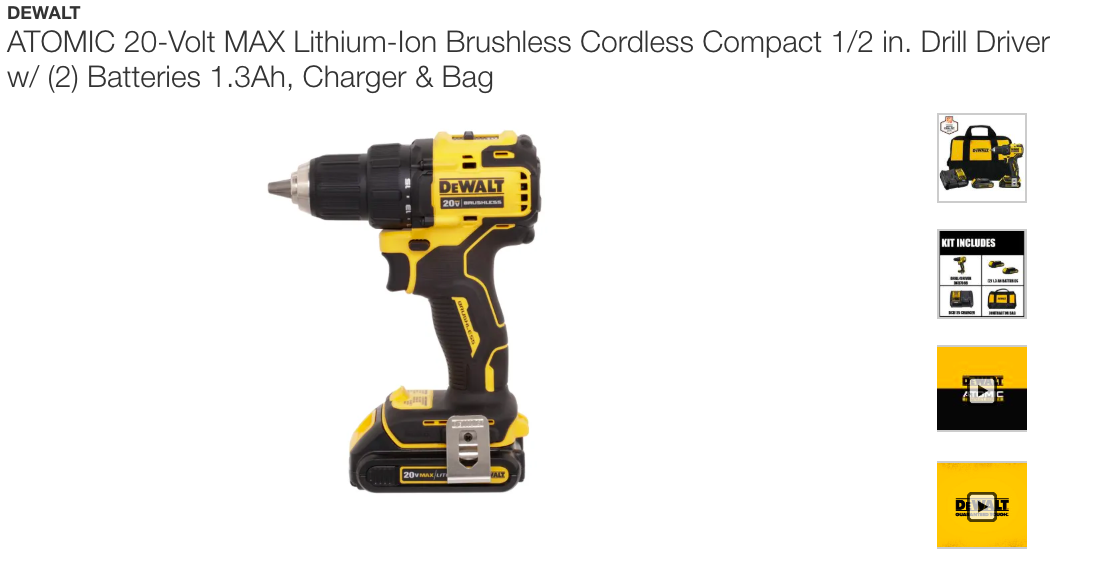 Until recently, the biggest hurdle to creating 360º images was the cost in time and money. Shipping products to a photo studio, paying the photographer, and shipping them back is expensive, especially if you sell large items, have a large catalog, or update your catalog regularly.

Now, though, it’s possible to create 360º images with software that combines information from 3D files with visual effects originally developed for Hollywood. Because this approach eliminates the need to have a physical product – or to ship a physical product around the world – it tends to be more affordable and scalable than the traditional method of creating 360º images.

Schedule a Demo of Threekit

What’s really great news for ecommerce retailers is that the software you use to create 360º rotating images can also spit out still images to use in product listings (in fact, a 360º spin is made up of several still images stitched together). It can also generate interactive 3D and even 3D renderings of lifestyle images.

Regardless of which type of product imagery best suits your needs, having interactive visuals on your website is crucial for engaging and converting today’s shoppers. If you’re not sure which type of imagery can best communicate what you have to offer, get in touch with us. We’d love to walk you through your options.

Threekit is product visualization software that creates photorealistic images, interactive 3D and augmented reality experiences that help businesses sell more. To learn more, please schedule some time with one of our teammates.

How to Improve Customer Experience with Better Product Imagery : 6 Ideas

3 Ways to Drive More ROI with Your Product Visuals