In this two-part series, we'll explore the human predilection for visual stimulation, the explosive growth of visual technology and how businesses can actually exceed customers' visual expectations, even as those expectations grow at an exponential rate. 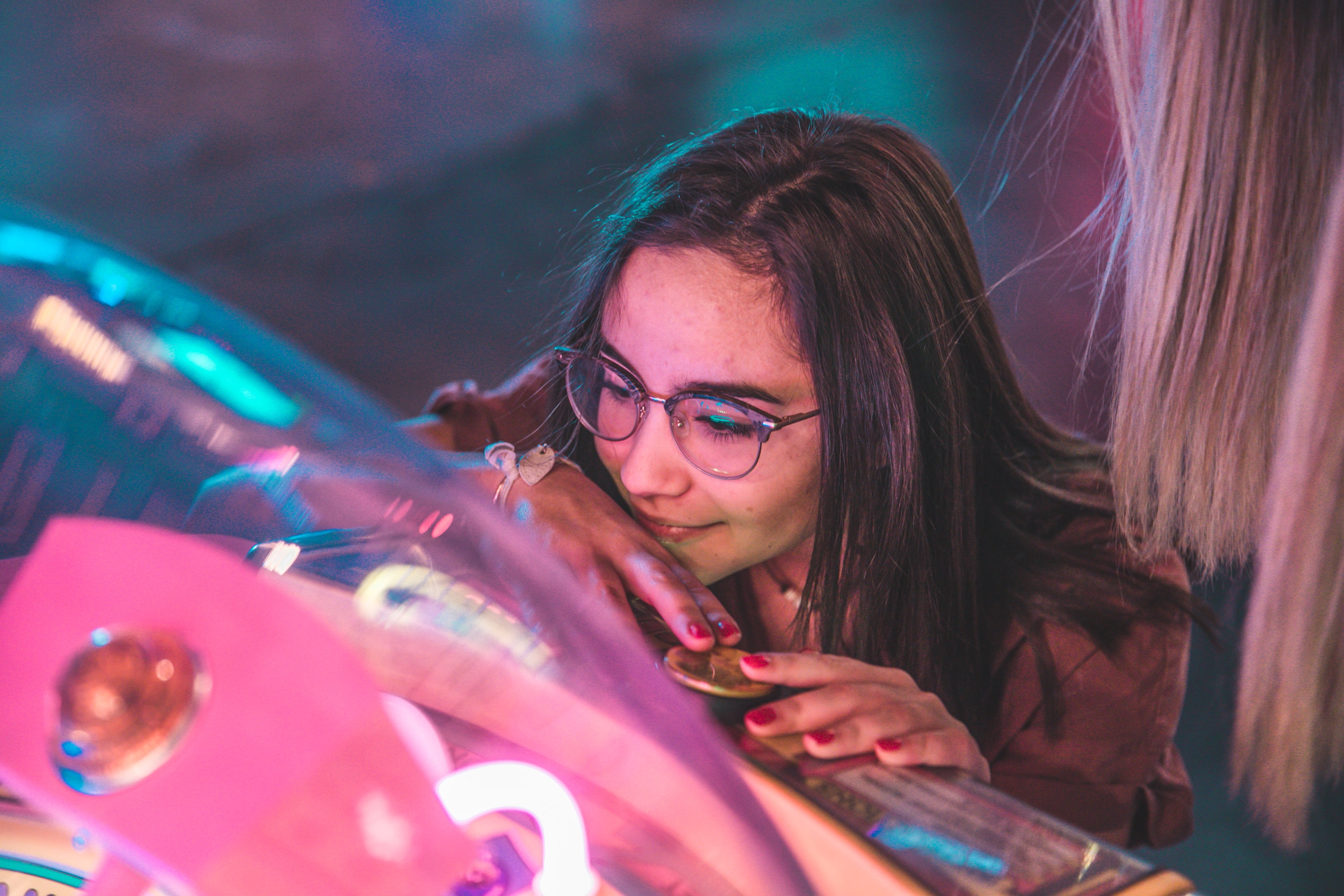 A picture is worth a thousand words.

You never get a second chance to make a first impression.

There are no shortage of expressions that attempt to articulate how we’re ruled by what we see. A debate about which of the five senses is most important would be hotly contested, but when it comes to which is most influential, “sight” might have the strongest case. Visual experiences guide our every judgement and decision. More, they lead the way when it comes to our ability to learn and retain information.

But the impact of visual experience doesn’t stop at learning and retention—it also has social implications. We form our “first impression” of people within a mere 50 milliseconds (that’s less than a glance for those of you attempting the math). This is a frightening prospect for anyone who’s ever wandered around a party of strangers dogged by the thought that our new haircut was unflattering or that our chosen outfit was inappropriate.

We respond 60,000 faster to imagery than text

Given the data, it’s clear we are innately wired to “think with our eyes.” And brands have long strived to give us plenty to think about.

A Short History of Visual Marketing

The concept of using visual imagery to convey product features has been around as long as the concept of advertising itself. Traditional product photography started in the late 1800’s when the halftone printing process was invented and print publications could place photographs next to text. But halftone was so cost-prohibitive that hand-drown illustrations remained the status quo for decades. It wasn’t until the 1930s that the photography technology caught up with demand and studio shoots became a practical solution.

One of the first automobile ads to feature photography

It was also around this time that the product marketing discipline gained more prominence, partly because these practitioners helped make the connection between the power of visuals and commerce. The Photographers Association of America explained the phenomenon: "people believe what the camera tells them because they know that nothing tells the truth so well."

For the next several decades photography experienced incremental advances but revolved around film. All that changed with the advent of digital media. With it, a veritable pandora’s box of image creation popped open. Digital cameras became available to non-professionals in the 1990’s and by 2004, Kodak stopped producing film cameras.

But the ultimate quantum leap came with the marriage of digital camera and the smartphone. Suddenly, everyone was a photographer and the way we thought of imagery—how it’s created and how much is enough—changed.

The Internet and Social Media: Upping the Visual Ante

If we were natural-born image cravers before the arrival of the Internet and the smartphones that keep it at our fingertips, you can understand how it’s made many of us full-fledged addicts.

Social media, specifically, has fed our need for color and form, training us to assimilate more and more visual information in shorter periods of time. You can easily observe this phenomenon on a typical day. Maybe you’ve sat next to someone on public transportation and casually observed as he scrolled and scrolled and scrolled through his social feed for the entirely of the journey. Or, maybe you’ve actually been this person (hey, this is a judgement-free zone.) The point is, it’s not uncommon for people to binge-peruse images for long—almost unthinkable—stints. And like any other persistent behavior, this one has re-trained our brains to expect more visual stimulation.

93% of the most engaging posts on Facebook are images

But if social influence and the endless quest for more “likes” is the ultimate goal, our proclivity for churning out and posting images is likely to persist. Put simply, images get results.

Any trend that profoundly impacts culture at large has implications for business. In the visual economy, the notion of “product experience” is largely defined by the quality, volume and interactivity of product images. For consumer goods, visuals are now as much a part of the proposition as the products themselves.

Nowhere has this been more true than for emerging direct-to-consumer brands that have relied almost exclusively on Instagram to build a loyal following. Everlane and Glossier are the gold standard for flexing the power of aspirational, memorable imagery. Glossier has reported that 70% of their online sales comes via peer referrals, largely due to their ready-to-share images. 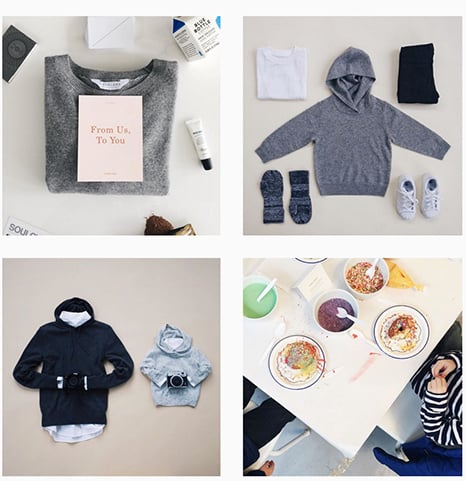 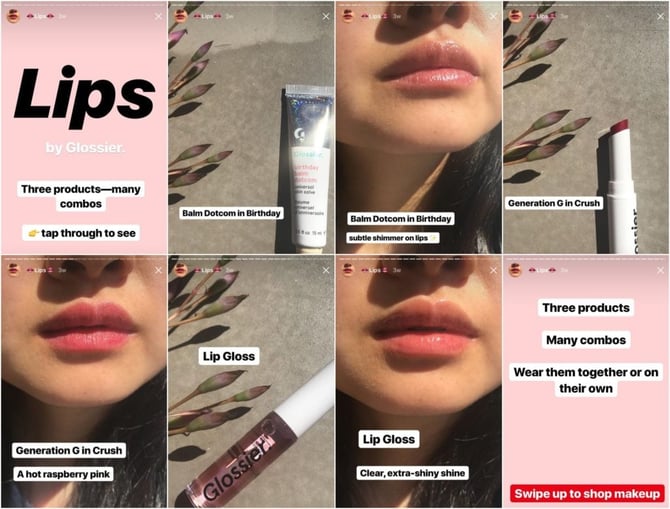 But leveraging visual mediums is an obvious play in the fashion and beauty categories.

The more convincing examples are of “commodity” brands that have disrupted their industries with fresh, differentiated positions conveyed through visual platforms.

Harry’s made razors look like chic accessories. Socks aren’t the centerpiece of any outfit, but Bombas makes them seem so. And mattresses were sold almost exclusively out of stale showrooms till Casper’s lifestyle visuals made them seem like a new concept altogether. 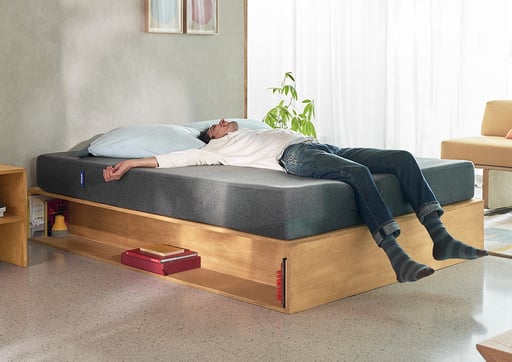 Product images from Harrys.com and Casper.com

The phenomenon goes beyond consumer goods. Famously, Air BnB didn’t catch fire until the founders decided to invest in sleek, stylized images of their rental properties. Suddenly, the foreign notion of paying to stay in someone else’s home became as obvious as paying for a hotel room.

Finally, an image doesn’t have to come from a brand to have power. Consumer-generated images have the capacity to make or break a given business. Back to that tidbit about “visual hunger” –any restaurant owner should be at once thrilled at the prospect of patrons ‘gramming their creations and terrified that a poor presentation could result in a bad review gone viral (complete with the pictures to prove it).

70% of Glossier’s online sales come from peer referrals, helped by their ready-to-share images

Any way you look at it, there’s never been a time in history when imagery held this much sway across categories. Immersive, visual experiences are no longer a fringe demand placed on select brands…they are now the expectation for all brands.

So, if these are the experiences consumers have come to expect, how can businesses exceed those expectations?

We’ll cover that in part two of this series.

3 Ways to Drive More ROI with Your Product Visuals

Your Last Communication Breakdown is Behind You